January 19, 2021—In the Sunday New York Times appeared the obituary of Ved Mehta, who died a week earlier.
I have posted it at left. Born in Lahore in the Punjab, he studied in the United States.
The New Yorker death notice of January 10 reports that he  asked David Astor, editor of the Observer, about writing for them a very long series of articles about traveling in India. He suggested the only likely place to publish something that long ("and boring") was the New Yorker magazine.
Mehta became a contributing writer for the New Yorker and made New York his home.
He wrote about his early days in India as a boy made blind by meningitis, about learning Braille, riding a bike and a horse, and his experiences as a student.
He wrote a three-volume life of Mahatma Gandhi and profiles of Oxford dons, a book about William Shawn of The New Yorker and political rivalries in India, among many topics.
I got know him and his wife Linn Cary Mehta through their loyal participation in the Oxford-Cambridge Boat Race Dinner in New York City over many years.
The Times obituary is followed by an appreciation by his friends Dan and Joanna Rose, who have also been regular participants in the New York City Boat Race Dinner.
When Ved Mehta spoke about his residence at Oxford, Balliol College, he expressed his respect and affection. He was not so keen on Trinity College, on the other side of the wall, but he didn't seem to hold it against me. His presence at future Oxford events will be missed.
Posted by John Tepper Marlin at 11:14 PM No comments:

Of Oxford plagues, and even older tears.

The sweep of his tragedies makes me a fan.

I can’t tell you this tale of woes. But Millican.

Posted by John Tepper Marlin at 6:17 PM No comments: 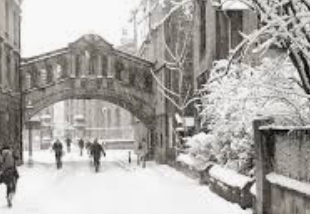 December 27, 2020—Lest 2020 pass us by without a New York City Oxford-Cambridge Boat Race Dinner, please join us for a Virtual Dinner featuring delights of many kinds.
Today, Sunday, 2 pm, Eastern Standard Time. Zoom link below.
Posted by John Tepper Marlin at 1:52 PM No comments:

OXFORD | How the Vaccine Was Created

December 24, 2020—On Christmas Eve this year, we celebrate the season hunkered down and socially distant.

We are all waiting for the vaccine that will allow us to escape from the twilight zone of Covid-19 life.

While Americans have started to roll out the Pfizer and Moderna vaccines, most of the world is looking to the Oxford-AstraZeneca vaccine.

It will be sold at cost in poorer countries and does not require ultra-low refrigeration, just normal refrigeration levels.

The Guardian has just produced an illuminating walk-through of the process by which the Oxford vaccine has been generated in double-quick time. It should be a source of pride for any Oxonian.

The Oxford vaccine is expected to be approved in the UK shortly after Christmas. Here is The Lancet's review of the trials so far.

Posted by John Tepper Marlin at 8:32 AM No comments:

YouTube clips of Advent and Christmas choruses (which is your favorite?)
Posted by John Tepper Marlin at 4:26 PM No comments:

November 30, 2020—The Three Capitals Zoom was started earlier this year by the Oxford Society branches in Ottawa, Mexico City and Washington, D.C.

The next speaker will be up Thursday,  December 10, from 10 am to noon.

Dr. Mark Carney (St Peter’s and Nuffield, Oxford) is a former governor of both the Bank of Canada and the Bank of England. He is also a member of the Foundation Board of the World Economic Forum.

Most recently, the Secretary General of the United Nations named him the UN Special Envoy for Climate Action and Finance, an honorific position.

He will speak to Oxonians on a topic of high importance: "The UN private finance agenda: How to ensure every financial system takes climate change into account”.

To register, use this link: https://to.oxonian.ca/carney.

Posted by John Tepper Marlin at 1:19 PM No comments:

GILLING CASTLE | Where I learned to love coats of arms

November 28, 2020.  The Great Hall at Gilling Castle was reconfigured for primary school pupils with specially sized furniture created by Robert Thompson, the "Mouseman" of Kilburn, Yorkshire.

Thompson was so called because all of his furniture at Ampleforth College since the time of the great Headmaster Paul Nevill has the distinctive carved mouse hiding somewhere on it.

When I ate my three meals a day in this dining room it was initially at the table at lower right, then the table at the rear, in the paneled alcove. The teacher at that time was at the head of the table.. I remember being immediately to the left of the teacher in both cases.

The coat of arms over the fireplace is that of the Fairfax family, cousins of the General Fairfax who tracked down Charles I in Oxford and turned him over to Cromwell's government for a trial. King Charles went to his death claiming the divine right to rule without Parliament. Subsequent monarchs have been less less vocal about their beliefs in their divine right to rule independently of Parliament.

On the other hand, the British people did not care for the idea of Oliver Cromwell's children replacing the royal princes. The Restoration under Charles II was welcomed.

Posted by John Tepper Marlin at 11:17 PM No comments: